You are here: Home / Staff & Elders 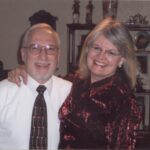 Pastor Joe Ricchuiti graduated in 1982 from Dallas Theological Seminary. He holds a Master’s Degree in Theology. He’s been pastor of Del Rio Bible Church since its inception. Joe and his wife, Cathy, have two grown sons, Tim and Andy. 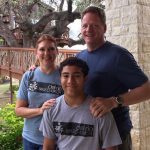 Steve and his wife, Jana, helped start DRBC while assigned to Laughlin AFB in 1997. He retired from the Air Force in May of 2012 and joined Del Rio Bible’s staff in January 2013. He has a Master’s Degree in Administration and has served on several church boards including being an Elder at DRBC from 1998-2000 and 2010-2012. Steve and Jana have one adult son, Joseph. 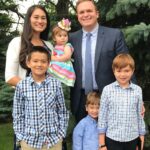 Chris and his wife, Kattleya, attended DRBC from 2012-2016.  They then moved to Dallas to attend Dallas Theological Seminary. Chris graduated in 2020 with a Master’s Degree in Theology earning the H.A. Ironside Award in Expository Preaching.  Chris continues to serve in the Air Force Reserves and he and his wife are excited to be a part of the Del Rio community again.  They desire to love God and love people.  They have 4 children: Caleb, S.J., Aaron, and Adeline. 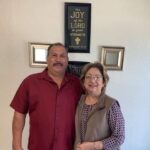 Olga has been married to Reynaldo Camarillo for 37 years.  They have three grown children and three grandchildren.  She has worked for Del Rio Bible for several years and took over as Secretary in the Fall of 2020. 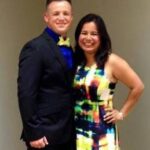 Laura and her husband, Ryan both graduated from the University of Texas at El Paso (UTEP). They moved to Del Rio Texas in 2015 after Ryan accepted a position with the Border Patrol. At the end of an extensive search,  they finally found their new home church, Del Rio Bible Church in 2016. Shortly thereafter, Laura joined the DRBC staff as both the secretary and the Greenhouse Assistant Director.  She currently serves as the Greenhouse Director 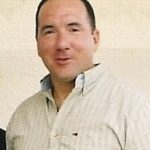 Frank is a 1984 graduate of LSU and served in the Air Force until 1996 as a B-52 Pilot. He is a veteran of Desert Storm. Frank and his family moved to Del Rio in 2003 after much prayer. After only one message from Pastor Joe, Frank knew that Del Rio Bible Church was where he and his family were meant to serve. He has been married to his wife Pam since 1989 and the couple has 3 boys: Thomas, James, and Andrew.

Ryan and his wife, Laura, are graduates of the University of Texas at El Paso. In 2012, Ryan began nine years of service in the Marine Corps Reserve and is a veteran of the Afghanistan war. Ryan and Laura moved to Del Rio in 2015 after he joined the Border Patrol. The two began searching for a church home and after visiting Del Rio Bible Church, they found a place to set roots and serve. 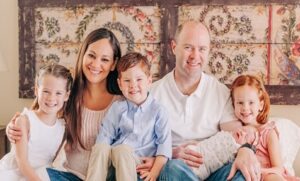 Jordan and his wife, Rachel, are blessed parents of four children (Emma, Lily, Mason, and Olivia). Jordan and Rachel met at Texas A&M University and moved to Del Rio in 2011 following their graduation in order for Jordan to complete Air Force pilot training. At DRBC, they were impressed with the strong and accurate teaching of God’s Word and quickly called it their home. After pilot training, Jordan served as a C-130 pilot in Abilene, TX where he flew missions throughout North and South America, Europe, and Africa. In 2016, Jordan and his family returned to Del Rio where he works as a T-1 instructor pilot. Upon their return, they were immediately drawn back to DRBC as their church home where they serve in multiple capacities. 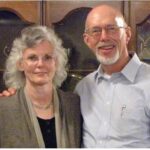 Marvin and his wife, Donna, moved to Del Rio in 1998 following 18 years of active associate pastoral ministry.  They have been a part of Del Rio Bible church since 2000.  In 2018, Marvin retired from hospital chaplaincy.  They are parents of three and grandparents of nine.  Marvin’s desire is to encourage living out a life of faith and obedience in response to God’s love and the truth of His Word.

Our church is an independent, non-denominational congregation focused on equipping believers to accomplish all God has for each individual. We emphasize growing to maturity through regular, relevant study of God’s Word, meaningful corporate worship, and fellowship. Del Rio Bible Church was established in 1997 by a … END_OF_DOCUMENT_TOKEN_TO_BE_REPLACED

If God has placed a desire on your heart to connect through fellowship or service, we have a variety of ministries for you to plug into. Del Rio Bible Church via Church by MinstryOne App Connect via the app to … END_OF_DOCUMENT_TOKEN_TO_BE_REPLACED

Regardless of how long you'll be in Del Rio, we  would love for you to get involved with us! Your involvement, even if for a short time, will only enhance our ministries and your Christian walk.  Contact … END_OF_DOCUMENT_TOKEN_TO_BE_REPLACED

If you have questions, please call the church office or stop by and chat.  The office is normally open Monday through Thursday between 9am and 4pm. Alternately, you may e-mail the office or any individual … END_OF_DOCUMENT_TOKEN_TO_BE_REPLACED